There was a time when all of the rigging components onboard a tall ship were made from rope. This was in the days before synthetic fibers, so everything was made from plant fibers like hemp and manila. Imagine all of the sheets, halyards, stays, shrouds, blocks, and shackles that had to be made by hand to keep one of these vessels sailing smoothly!

You read that right: they had to make blocks and shackles out of the rope they had. With the invention of wire rope for rigging and metal shackles, these became something of a lost art.

But a recent addition to the sailing world has helped us rediscover the lost art of rope fixtures – Dyneema. Here’s a look at the traditional soft shackle and how you can use it on your boat to sail into the 21st century. 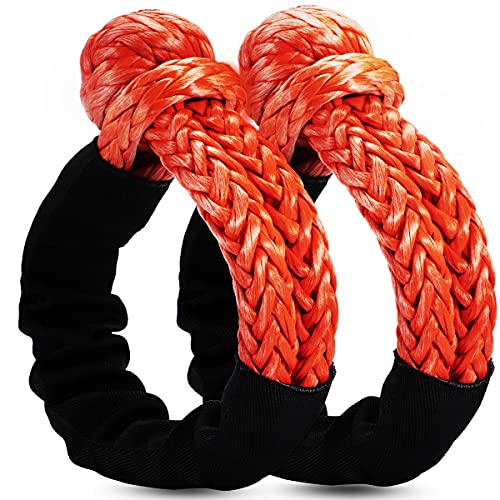 To understand the beauty of these soft shackles, you first have to appreciate the modern wonder that is Dyneema.

Dyneema is a brand name for an Ultra High Molecular Weight Polyethylene (UHMWPE) line. It’s not the only high-tech line that’s out there for use on sailboats, but it’s the one that’s cheap enough for cruising sailors to afford right now.

Dyneema is stronger than equivalent wire rope or metal and is a fraction of its weight. That probably explains why racing boats were some of the first to adopt the stuff.

But Dyneema is also wonderfully easy to work with. With a bit of practice, anyone can learn to splice the stuff. Unfortunately, the only thing that slippery Dyneema can’t do is hold when you put a bend or knot in it.

Other brands make UHMWPE. Another one is Spectra, and another still is Amsteel by Samson Ropes.

You can find two types of Dyneema on the market. One is made entirely of the good stuff, usually in a 12-strand configuration. This is the one you want if your goal is to make shackles or other gadgets.

You can also find the same product inside an outer polyester braid for protection. As with most lines, UV damage and chafe are the primary enemies of Dyneema. The outer braid prevents these problems. But it also provides a nice rope feel for the outside and allows the product to be used with rope clutches, cam cleats, and even some bends and knot tying. An example of this is Endura Braid from New England Ropes.

So while the names might get confusing, just know that Dyneema has become a little bit like Kleenex. It started as a brand name for one company’s product, and now it has morphed into a name everyone uses for all of these different high-tech UHMWPE lines.

This brings us back to those traditional, old-school square-rigged tall ships of yesteryear. They were making everything they needed on deck and sail handling, from manila and hemp ropes. They had no metal shackles or plastic and metal blocks to choose from.

So they spliced their ropes in creative ways to make the tools they needed. For hundreds of years, making strops, grommets, and shackles was an essential part of sailing.

So, what good does a soft shackle do you? This handy little item might seem like a splurge or a luxury at first. But once you have a few of them on board, there’s no limit to the things you’ll find them useful for. For just about every function that a regular metal shackle has, a soft shackle can do it better.

How to Tie Soft Shackles Sailing Knots with Diamond Knot

Soft shackles are made with 12-strand Dyneema or other high-tech line. They are tied in two steps. First, an eye splice or small loop is placed in the middle of the line. Then, some stopper is placed at the bitter ends–usually a diamond knot. The stopper goes through the eye, and the load placed on the shackle locks it in place.

The diamond knot is the final flourish in soft shackle creation. It’s used as a stopper to keep the shackle together. Once fed through the eye splice, the load on the line will keep the shackle locked.

One upgrade you’ll notice that many soft shackles add is a dog bone instead of a simple diamond knot. This is made in plastic or stainless on the nicer shackles. It helps make the shackle look more substantial, but it also introduces an unnecessary point of soft shackle failure. The Dyneema is far less likely to break or become damaged than the dog bone is. If you’re using the shackle on something like a jib sheet, you might not want any extra mass anyway. After all, this is one of the advantages of the soft shackle.

A better soft shackle design uses two ropes bound together with a stopper knot. This increases line strength and is known as a Kohlhoff Shackle.

Some commercially made shackles, like the Factor 55 soft shackle, use an exterior cover or outer rope to protect the Dyneema from UV and chafe damage. It looks good and adds some abrasion resistance If you leave the shackle in place for long periods or it’s in a high-wear area, this is a great idea. 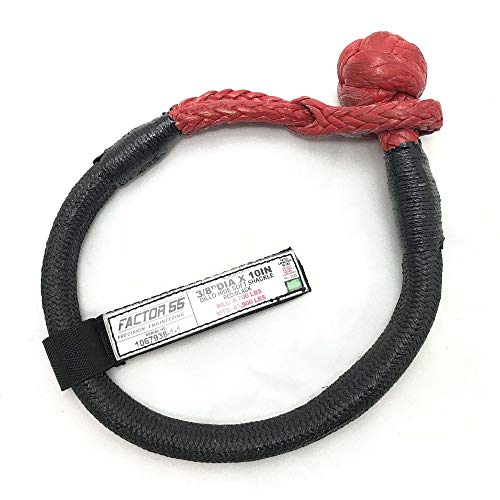 Despite the high-tech of Dyneema and Spectra lines, the soft shackle is the ultimate sailing tool. It’s time-tested and traditional but upgraded for modern sailors. Once you embrace them and start using them, you’ll find so many uses that you’ll wonder how you ever got by without them.

What is a soft shackle for?

A soft shackle is made of strong synthetic fibers. They are stronger than metal shackles and can replace them in nearly every instance. However, they’re most convenient for those shackles that need to be installed in a hurry or for those that go on and off often.

Like a regular shackle, the soft shackle is used to connect two parts together. They’re often used to attach sails to halyards or blocks to strops on the boom. There are hundreds of potential uses on the typical cruising boat.

Are soft shackles any good?

Soft shackles are handy for many uses—once you try them, you’ll keep finding more and more things that they’re perfect for. Plus, they’re stronger than metal shackles—and easier to use, too. Best of all, they’re easy to make with a length of Dyneema line and a few simple rope working tools.

Like all rigging parts, soft shackles have their uses and are entirely safe when appropriately installed and inspected regularly. In many ways, they’re safer than traditional, modern metal shackles. They don’t have pins that could fall out, and they are actually much stronger.

Soft shackle failure is usually a result of the diamond knot slipping, which can be prevented by tightening the knot on a winch. UV rays and chafe are the soft shackles’ biggest enemies. Beyond those few things, there’s not much that can go wrong with them.