Now and again, you come across a word in sailing that piques your interest. Sometimes it’s a word you know used differently. And sometimes, it’s a very old word that has started popping up more and more. Such is the situation with kedging, an old sailor’s trick for moving the boat with an anchor.

Even though we have better ways to get around these days, using a kedge anchor is still an important mark of seamanship. Some call it a lost art, but more accurately it’s just a little rusty.

Kedging is the act of moving a boat by pulling it toward a set anchor. In the old days, before diesel motors and steam power, ships had to be kedged out of tight ports and down tight tidal rivers.

Imagine how those massive square-rigged ships might have maneuvered in and out of their slips at the town pier. Likewise, imagine the ship’s small boats, loaded with sailors, heaving the kedge anchor out to where it needed to be set and more sailors hauling on the line.

Now you have some idea of the laborious art of kedging.

One of the ship’s smaller anchors was carried by tender in the direction the captain wanted to go. Once on-site, the crew in the tender dropped the anchor, and sailors would haul the line in from the ship. The ship would move up to the anchor, at which point they could repeat the process.

The kedging nautical term has made a resurgence in recent years. It is a handy tool to have in your arsenal of sailing tricks.

Some confusion arises in the use of this nautical term. Since kedging stopped being a daily part of sailing when sailboats with motors and tugboats entered the scene, fewer and fewer sailors are familiar with the term’s history.

First, the kedge (noun) described the anchor itself. So a kedge anchor might refer to an anchor specifically designed for the task. But more common now is using a smaller anchor you keep on board as a kedge when needed.

The words kedge and kedge anchors are used differently in different regions. In the UK, kedge is a common term for your secondary or stern anchor. This is a small anchor and easier-to-manage one used for a variety of purposes. For example, you can anchor bow to stern or set up what is called a Bahamian Moor—two anchors off the bow. In this context, the primary bow anchor is called your “bower.” Your secondary anchor, usually stored on the stern or stowed, is called your kedge.

The artful use of kedging is well told in a story that you can find on the USS Constitution Museum. The Constitution is probably the most storied ship in the US Navy. Yes, she’s still in service. She was built in the 1790s and is a three-masted wood frigate.

The story goes that the crew of the Constitution found themselves in a sticky situation during the War of 1812, surrounded by five formidable British Royal Navy warships. Being outgunned, the captain turned and ran—but unfortunately, the wind died, becalming all the ships together.

But the captain didn’t give up. Instead, he ordered the Constitution’s guns moved astern and set crews into the small boats to begin kedging. As described in the narrative from the museum, kedging worked well.

This operation involved carrying a kedge anchor as far ahead of the ship as the cable would allow. Once the anchor settled in the seabed, the crew hauled in the cable and the ship was pulled forward through the water. As the first anchor came aboard, a boat dropped a second anchor ahead of the ship, keeping it in constant motion.

Unfortunately for the Constitution, the British ship captains watched and learned. Soon they gave chase in the same way, and a multi-day, very slow chase ensued.

How is Kedging Different than Warping?

Warping is also sure to come up while discussing how to maneuver a boat without power. Unfortunately, we aren’t going to travel faster than light like the starship Enterprise. Like kedging, warping a boat can be painfully slow.

Warping is another old sailing term that is hardly used today. Warping a boat is very similar to kedging a boat, except that an anchor is not necessarily involved. Instead, warps are long lines with one end attached to your boat used to maneuver it without engine power.

Like kedging, there are a few warp sailing terms to know – the word is used in various ways. A warp (noun) refers to a long line attached to the boat that leads somewhere else. You could call anchor lines, dock lines, or a host of other things warps, but this usage is rare. Specifically, a warp leads from the boat to a dock.

Warping is a handy skill to have, but these days it’s more commonly associated with dock hands and marina workers. They will often warp a boat they need to move when they don’t want or aren’t allowed to drive it.

How to Kedge a Boat off a Sandbar

These days, not many people kedge themselves out of a marina or mooring field. It’s a tedious and time-consuming process—and that’s basically why they started putting engines in boats.

There’s certainly an argument for simplicity, though. Famous sailors Lin and Larry Pardey circumnavigated several times on their cutter rigged sailboats Serraffyn and Taleisin, engineless cutters which forced them to employ every trick in the book. Sculling oars, kedging, warping – you name it.

One of the best sources for how kedging works is Chapman Piloting, Seamanship, and Small Boat Handling. This volume is pretty standard fare on most yacht and marina bookshelves. The great thing about it is that, while it is continuously updated, it has also been around long enough to keep the good old stuff in there. 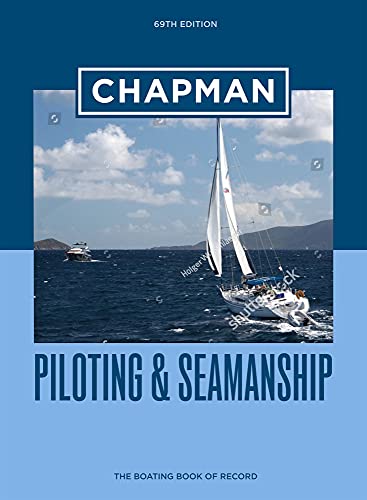 If you find yourself aground on a bar, setting a kedge is the first thing you should do every time. Chapman even goes so far to say that the kedge is so vital that you should swim the anchor out if you don’t carry a dinghy. You can use life preservers as floats on your chain and anchor and then drop it exactly where you need. If you can’t dinghy or swim the kedge out, you can try throwing it. This is tricky with anything but the smallest anchors.

The purpose of the kedge is two-fold. For one, you can use it to pull the boat off. But on the other hand, it helps provide controllability when using reverse power to break free. When the vessel comes off the bar, pulling the kedge should stop it from getting in any more trouble and keep it toward deep water.

The book also recommends setting up a handy-billy to get more purchase on the line. A handy-billy is a small block and tackle set used to gain extra purchase – most owners have one onboard, just in case. Sailors can put the line on a sheet winch.

Kedging off a bar is safer than powering off for several reasons. When powering off, it’s very easy to intake sand or debris into the engine intake. It’s also possible to damage your running gear on hard bottoms.

Boats will also swing as they are powered off, given prop walk and any drift induced by wind or current. As a result, a kedge can be used to counter these forces and direct the boat in the proper way – away from trouble.

Other Times a Secondary Light Anchor Comes in Handy

All serious cruising boats should carry multiple anchors in their ground tackle inventory. Generally, three is the right number—an oversized storm anchor for the worst conditions, a primary anchor for daily (and nighty) use, and a smaller secondary anchor for occasional use. The secondary will likely serve many functions, including that of kedge anchors or stern anchors. It’s also a backup in case you lose your primary one day!

Here are some of the scenarios when having good secondary anchors, sometimes called kedges, comes in handy. 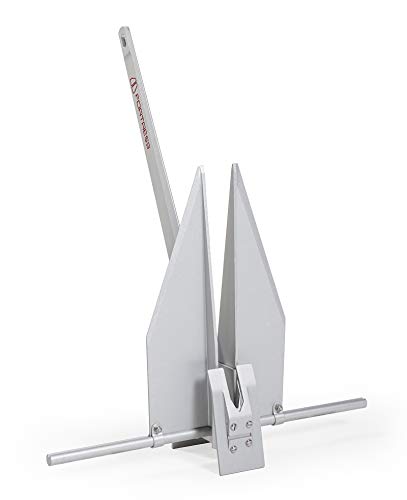 Are You Ready to Deploy Your Kedge, or Put Your Secondary Anchor To Good Use?

For boaters traveling extensively and looking to expand their sailing skills, kedging is a vital skill worth practicing. Unfortunately, anchoring is always problematic, with heavy equipment, long lines, and plenty of opportunities for tangles and profanity. So it’s no wonder that many people balk at using more than one anchor – who wants that much trouble!

But anchors and anchoring are serious business that every skipper should master. Even if you don’t anchor a lot, it is necessary safety gear that could save your boat one day. Kedging is just one way to use it. Even if it is rarely used, it’s an important trick you should be ready to deploy.

What does kedge mean in history?

Kedge is a sailing term. It refers to using an anchor to pull a boat or ship in a specific direction. Before ships had engines, sailors would row a kedge anchor away from the ship in a small boat. Then, they would drop the anchor, and sailors on the ship would take in the line to move the ship toward the anchor—an act known as kedging. The ship could make way against wind or tidal currents and in tight spaces if they repeated the process.

Today, boats might use this trick if they are pinned against a dock or aground on a sandbar.

How do you use kedge in a sentence?

“The sailboat was aground, and the only way to get it off was to use kedge anchors. By kedging the boat off the sandbar, they were able to get it afloat again.”